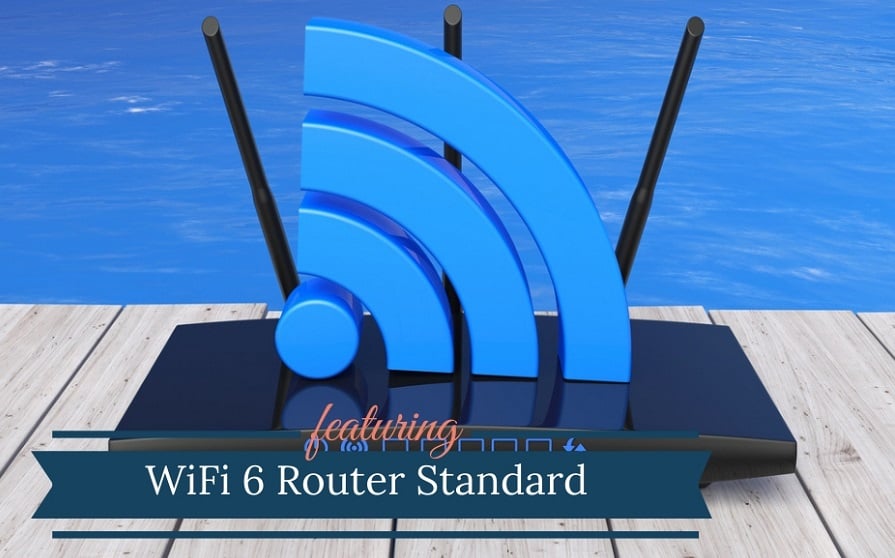 As consumers, we should want the fastest internet we can get. With more people working from home, the demand is only becoming greater. Thankfully, technology is also improving, right alongside of our demands for it. That’s where WiFi 6 comes in.

Introduced at the end of 2019, WiFi 6 is the next generation of wireless standard and if you are in the market for a new router, you should start by looking for this newest release. So whether you're looking for the best router for apartment and you want to buy a Verizon FiOS compatible router, WiFi 6 standard is something you want to consider.

Let’s start by doing a quick review about what a WiFi standard is. A WiFi standard works to tell your WiFi what to do and how to act. Different standards call for different things, including allowing for higher speeds and protocols for the LAN ports.

Before the WiFi 6 standard, the 802.11ac standard was the most commonly used. With the WiFi 6, the protocols have simplified their numbers, moving to easy generational markers rather than the 802.11, so it will be less confusing in the future as newer standards are introduced.

While the names made sense for the technically savvy, they were irritating to the average consumer who worked to figure out what the numbers and letters actually meant. The numbering system will also be working backward, so 802.11ac will now be known as WiFi5.

Now, onto the question on everyone’s minds: what does WiFi 6 offer that is different than its predecessors? There are many updates that WiFi 6 offers, including the following:

Shopping for a WiFi 6 Router

When you are looking to buy one of the new WiFi 6 routers, you will need to confirm that is what the router is. While the new lingo is WiFi 6, the standard was originally called 802.11ax and some routers might have that listed as the standard rather than WiFi 6. The icon themselves should look like WiFi signal with a circled number within the signal.

This type of router is already on the market, so you will not have to wait to find any. They were around before the standard was officially out and the information was available. Since the technology has only recently been finalized, there should be updates coming for the WiFi 6 devices that are already on the market.

One of the biggest issues that you might run into with a WiFi 6 router is that there are not a lot of devices on the market that are able to use the features the standard comes with. Some new computers are starting to roll out, including those with Intel’s 10th generation processors, so mobile devices and laptops should be starting to crop up in the near future.

As for desktop machines, there should be updates that will bring them up to speed to work with the new standard without any issues. It might take a little while, but eventually, all of newer devices will be capable of using the new standard’s features.

The WiFi 6 standard might be making our networks capable of running faster, but we are still limited within the bounds of the radio frequencies that are available to us. There have been hints, however, that the FCC has been looking into opening the 6 GHz band for different uses, which might eventually mean that WiFi 6 might get new capabilities.

Compatible Routers is supported by its audience. We receive a small commission from the affiliate links in this post, at no extra cost to our readers.

As an Amazon Associate, I earn from qualifying purchases.

https://compatiblerouters.com/ is a participant in the Amazon Services LLC Associates Program, an affiliate advertising program designed to provide a means for sites to earn advertising fees by advertising and linking to amazon.com

Amazon and the Amazon logo are trademarks of Amazon.com, Inc. or its affiliates​.